The company dublin whiksy the company has decided to invest some EUR 10 million to build its new Irish whiskey distillery and will feature the same center visitantes.La construction of the new distillery will measure more than 2,300 square meters and be able to produce approximately two million bottles desingle Irish malt. Mill Street has been chosen as the location for the new distillery which began construction in early next year. Anyway the company plans to begin production for both the domestic market and for export to finish this year. Jim Swan is the new company Master Distiller The Dublin Whiskey Company and will be responsible for the supervision of its entire range of whiskeys . 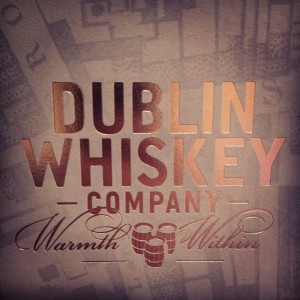 In recent years, Irish whiskey has produced a boom which has led to the Dublin Whiskey Company has decided to open its new distillery. The new distillery accompany Teeling Distillery in Dublin which is the first in over 125 years in the Irish capital. According to statistics provided by the Irish Association show that whiskey taste for Irish whiskey has grown 200% in the last ten years. It is anticipated that by 2020 the doubling of Irish whiskey and have to be kept explortacion habierto about 11 new distilleries that help Cubiro new demand. “There is a new ‘global renaissance’ in Irish whiskey,” says Marie Byrne , director of the Dublin Whiskey Company, “and today is the category of spirits fastest growing worldwide. “He adds that await the appearance of potential investors looking to invest in fast-growing markets.

The beverage alcohol brands looking to reach young people, connected with technology, through the transmission …