Following the success obtained by Bowmore last year, they have decided to release in the second limited edition of its popular Devil’s Cask. This new edition has only 90 bottles which seeks a sweeping like the previous time success. Devil’s Bowmore Cask has been matured for 10 years in sherry casks only, and they have been bottled at 56.3% in volume. According to the same distillery this edition features “notes of black cherries and dark chocolate, with hints of sea salt and walnut oil, and a final sun-dried raisins and molasses.” 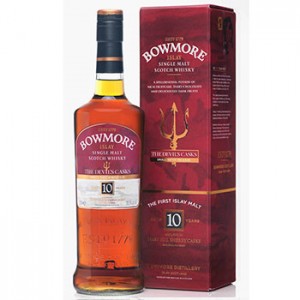 The master blender Morrison Bowmore Distillers, Rachel Barrie states that the first edition of Devil’s Cask has been one of the most requested and sought after whiskeys happened in 2013 “This second round will achieve the same success thanks to his devilish dark flavor and smoothing touch of sherry casks “adds. The second edition of Devil’s Cask Bowmore around the world can be purchased only expertise in the subject premises, the bottles will range in price from 75 euros.

The beverage alcohol brands looking to reach young people, connected with technology, through the transmission …