The famous brand of whiskey escoses Dewar’s announced his new packaging. In addition, inside the campaign of global marketing ” True Scotch since 1846 “, Dewar’s has re-designed his aspect. 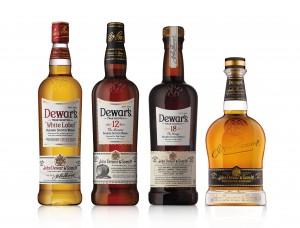 The famous brand of whiskey escoses Dewar’s announced his new packaging. In addition, inside the campaign of global marketing ” True Scotch since 1846 “, Dewar’s has re-designed his aspect. The new bottles of the famous escoses already are available in Spain in order that we all could estimate the change. It is necessary to remember that Dewar’s has been considered to be repeatedly the Scotch whiskey the most winning blended of the history, the inspiration is obvious in his past and in his inheritance for the re-design of all his bottles. Hereby Dewar’s, has thrown to the market newly and innovative design of packaging for all the bottles of the brand. The evolution of Dewar’s’s visual identity has turned into the most important change as for design that lives through the brand from the creation of the compania for John Dewar. This visual change of his products takes place inside the campaign of world marketing ” True Scoth since 1846 ” that does honoring to the genuineness of the brand, his history and to his legendary inheritance. To celebrate the history of one of the most recognized Scots of the world, the new design of his bottles and the new packaging they try to evoke Dewar’s’s out-standing tour, abundance of recognitions, allowing with the new designs to the consumers to take to him a pedacito of the history of the Scotch whiskey in every bottle. The visual change is total and emphasizes the Scotch origin of the whiskey, the quality and the crafts that they characterize Dewar’s. The innovation in the design has been applied both to the form of the bottle and to the stopper, the stamps, the typography and the box. This new appearance is very unlike to the previous ones and the most distinctive characteristic is the Celtic symbol in the shape of clover that is outlined in relief in each of the bottles. This clover is distinctive since they are three “D” connected that represent the three most important persons of Dewar’s’s history: the creator John Dewar and his children John Alexander Dewar and Tommy Dewar.All the changes us inspire an air “vintage” that portray the inheritance and crafts of the whiskyDewar’s. The materials used in the new packaging stand out for his quality and for the accuracy of his details. In order that the consumers discover and they surprise with the history that one hides behind Dewar’s and of all his products that they incorporate different labels that give life to the evolution of the brand. In addition, every Dewar’s’s bottle comes in company of the only certificate of genuineness signed by the Mixing Teacher . The whiskies Premium and super Premium de Dewar’s incorporate special annotations of age and origin, making them the only and exclusive. Dewar’s has obtained more than 500 medals and a mention at the first three o’clock is written in relief in the back part of the bottles as example of the recognitions that the Scotch whiskey has obtained along his history.” True Scotch since 1846 ” it serves as complement for the campaign Live True, which focuses in authentic persons of the whole world who live in agreement to his own beginning and convictions, persons who value the genuineness especially, like John Dewar did in his moment. Founded in 1846 by John Dewar, the signature has grown from a small shop of wines and liquors in Perth (Scotland) up to turning into a global brand with world, famous scope for the quality of his whiskies blended. At present, Dewar’s is one of brands of whiskey more consolidated of the world. The angular stone of the products Dewar’s is “White Label”, created in 1899. Dewar’s “White Label” is one of the brands most respected and known in the world of the whiskey.

Following the success obtained by Bowmore last year, they have decided to release in the …